Trying to Video with Camera

Trying out my camera to see if it is any good to video with.  Think I might try out my new phone instead!

What Is This Blog About?

Thank you to friends old and new that come to my blog.  I don't know what the expectations from me are and I have stopped trying to fit in or blog about what I think will be popular.  It may be confusing to some people who haven't followed me for the last 13 years.   I blog about things that interest me at the time and I occasionally put up a YouTube video that has sparked an emotion in me such as the Cliff Richard song that I posted yesterday.  The song took me to a time of innocence and beauty and a sense of what might have been.  It meant something to me.

I don't post as often nowadays as I only post if I have something I want to remember on this on line diary.  Early blogging posts were mainly around what I had been making and doing - crafts/baking etc.  Sometimes I would feature my garden or my cat Gizmo or days out and about.  Occasionally I did giveaways.  The early blog was done for others and now I do it for me.

If you like what I write about or the photos that I post that is a bonus for me but not a necessity.

I may venture into making YouTube videos in the future (or maybe not!) and if so I will let you know here on the blog.

Email ThisBlogThis!Share to TwitterShare to FacebookShare to Pinterest
Labels: Ponderings 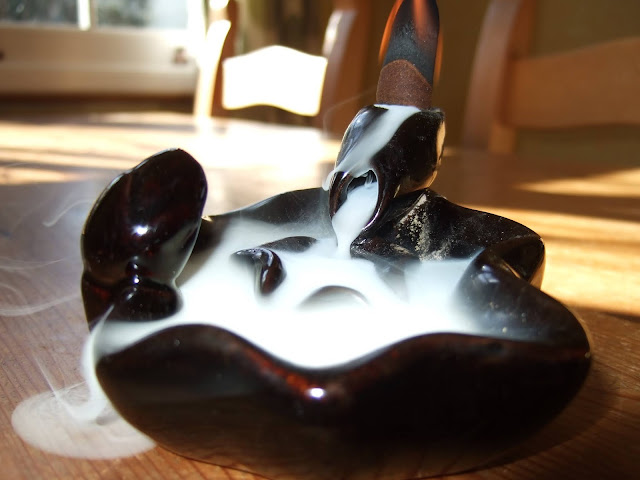 As the modern world progresses there seems to be more discontentment among people.  There is desire to have more and do less. Generations of people who think they are entitled.  Little thought (if any) is given towards their ancestors or people that came before them.  Ancient traditions, crafts, rituals are being lost.  We no longer have many people to pass on the knowledge, folklore, myth and legend that was passed down from generation to generation. Artifacts and things of provenance are dismissed by those that see no value in them.  Society (in general) or the one that the media promotes seems more concerned in the latest celebrity scandal, fast food and the most fashionable dog to own.  If you seek a life that isn't superficial, on the whole, you may be seen as eccentric, an outsider or just a plain old weirdo.  I am quite happy to accept the title of weirdo but prefer unconventional.

Seeking affirmation for my thoughts I found and watched a recording made in 1997 from a leading scholar who was a founding director of  Indira Gandhi National Centre for the Arts .  What she said resonated strongly with me.

'We have lost the connection with the mythical world and no reality is worth living as far as I am concerned, unless it is a myth which gives it the meaning.

Cultures lived by their myths and they made life both plausible and beautiful to live because the mythical world was alive.  The modern world has killed myth and in killing myth it has dehydrated one part of itself.'

The words were that of Kapila Vatsyayan (25 December 1928 - 16 September 2020). She had such wise countenance.  I am sorry that I only just discovered her.

Given the choice I have mostly gone for the easier option.  I have gone for things that are easily achievable that I know I will be successful at.  This mediocrity has been in part the reason why I am always so restless and dissatisfied with much of life.  I have set the bar so low for so long it is no wonder I lose interest with what I am doing.

As most of last year was spent in lockdown it afforded me the opportunity to get out my paints and paper and get creative with painting and drawing.  I drew things and painted things that were easy for me.  It took little effort or imagination.  I was happy to be producing art but felt nothing in way of accomplishment.

This year I am spending more time learning subjects that I previously dismissed for fear of not being able to understand them.  I need to stretch my mind and stop going in a circle and never progressing through life.

Already I feel brighter and have an inner glow with my newly acquired knowledge.  There is so much that is new to me, that makes sense.  I feel like such a fool for having my head buried in the sand for the first half a century of my life!

In case there is anyone reading this who is like me and wants to fast track a new subject I would give the following advice;

Beyond the chattering social media outlets there is a whole world of discovery just waiting for you to explore.  Decide on a topic that you want to know more about and go for it - learning from the best and most knowledgeable sources.

Looking Back and Moving On 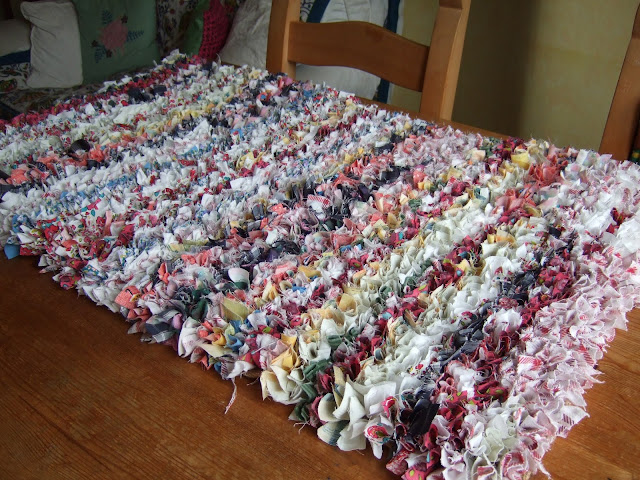 The last year wasn't a write off for me.  I actually got to do many projects.  In November I started to make a rag rug from old clothes, worn out bedding and other fabric scraps that had seen better days.  I was determined to have it finished before Christmas Day 2020.  By Christmas Eve it was complete! 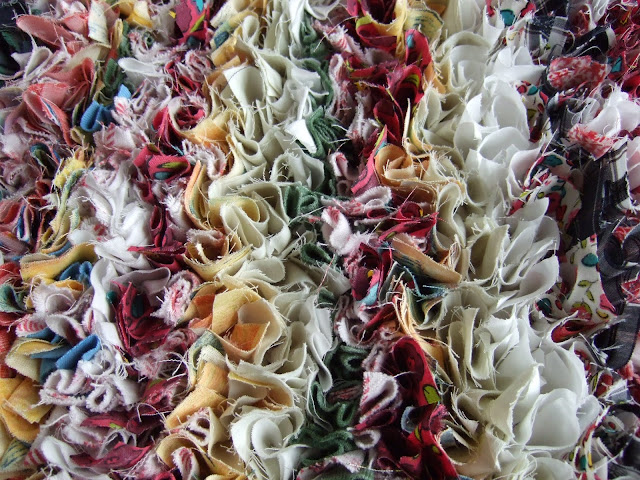 I am happy with how it turned out and glad to have mastered another craft.  It will have pride of place on my craft room floor and be a reminder to me of what I can achieve if I put my mind to it. 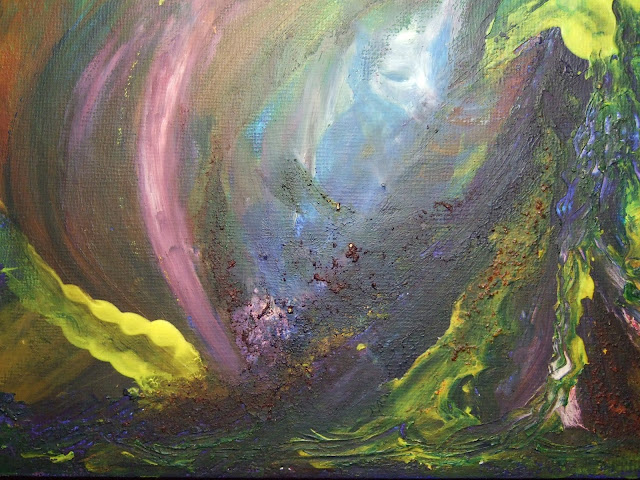 Just a few more days until Christmas and then the new year.  The year has been like a nightmare.  I dream deep and vivid dreams and I wake up and the dream is still very much with me.  I feel like I am living in a parallel universe.

Nice to Meet You!

Welcome to Linden Grove. Please do not use my writing, images or designs without my permission. Thank you.

Some Lovely Blogs and Websites

Best English Language Novels of 20th Century That I Have Read

Under the Greenwood Tree - Thomas Hardy

The Language of Flowers - Vanessa Diffenbaugh

1. .Combine a number of things into a single more effective or coherent whole.

1. Move forward in a purposeful way. 2. Make or cause to make progress.

The state of being calm, peaceful, untroubled.

To persist in or remain constant to a purpose, idea, or task in the face of obstacles or discouragement.

To evolve from one's own thought and imagination as a work of art.